The apportionment of seats in this House of Representatives was based on the 1970 Census. Both chambers had a Democratic majority. 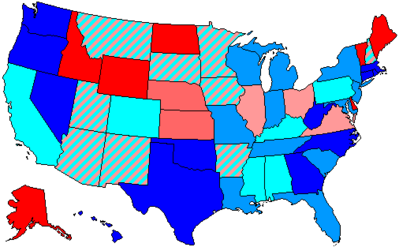 This list is arranged by chamber, then by state. Senators are listed in order of seniority, and Representatives are listed by district.

The names of members of the House of Representatives are preceded by their district numbers.

The count below reflects changes from the beginning of the first session of this Congress.

See also: List of special elections to the United States House of Representatives

Retrieved from "https://en.wikipedia.org/w/index.php?title=96th_United_States_Congress&oldid=970505315"
Categories:
Hidden categories:
The article is a derivative under the Creative Commons Attribution-ShareAlike License. A link to the original article can be found here and attribution parties here. By using this site, you agree to the Terms of Use. Gpedia Ⓡ is a registered trademark of the Cyberajah Pty Ltd.