Castaic (also spelled Castéc,[3] Casteque,[4] or Kashtiq[5]) is an unincorporated community and census-designated place (CDP) in the northern part of Los Angeles County, California. As of the 2010 census it had a population of 19,015.[6]

Many thousands of motorists pass through Castaic daily as they drive to or from Los Angeles on Interstate 5 (Golden State Freeway). Castaic Lake is part of the California Water Project and is the site of a hydro-electric power plant. Castaic is 38 miles (61 km) northwest of Los Angeles Union Station and directly northwest of the city of Santa Clarita.

Castaic is known for its decades-long range war in the late 19th and early 20th centuries that resulted in dozens of deaths before hostilities ceased in 1916.

On Spanish documents, the original spelling was Castéc, which represented the Chumash Native American word Kashtiq, meaning "eyes" or "wet spot". Castec is first mentioned on old boundary maps of Rancho San Francisco, as a canyon at the trailhead leading to the old Chumash camp at Castac Lake (Tejon Ranch), which is intermittently wet and briny.[5] Early publications in English spelled it Casteque.[4]

Modern Castaic began in 1887 when Southern Pacific set up a railroad siding on the line between Piru and Saugus Station, naming it "Castaic Junction".[7][8] Between January and April 1890, the Castec School District adopted the new spelling, "Castaic".[9][10]

Following media broadcasts announcing conditions of Castaic Lake, some pronounce "Castaic" with three, instead of two, syllables. (See below for details and sources on the pronunciation.) 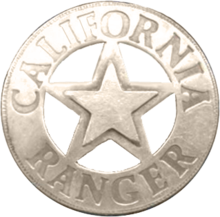 Between 1890 and 1916, the Castaic Range War was fought in Castaic country over ranch boundaries and grazing rights. It was the biggest range war in U.S. history.

A feud started over Section 23, where the Stonebridge subdivision is now. William Chormicle had legally bought the property, but William "Wirt" Jenkins was already storing grain on it and said he had filed for ownership. During a heated dispute, Chormicle and a friend shot and killed two of Jenkins's cowhands. They were acquitted in court.[11][12][13][14]

Jenkins, however, was the local justice of the peace, with friends of his own, and the feud quickly grew into war. Former Los Angeles Rangers (among whom Jenkins had fought) and other notables were drawn in. The war claimed dozens of lives and foiled a negotiator, a forest ranger whom President Theodore Roosevelt had sent in to quell it.[11][12][13][14]

The hamlet of Castaic began in 1915 with the opening of the original Ridge Route, which brought travelers looking for gasoline, water, food, and lodging to the community. Some of the earliest businesses started in Castaic are Castaic Brick (founded 1927) and George Dunn's Wayside Dairy (founded 1929). Sam's Place (Sam Parson, proprietor) on the Ridge Route has long since gone and is now a memory. Castaic is a major truck stop along the Interstate 5 freeway.[citation needed]

Castaic has the last traditional cattle roundup—with horses, lariats, and branding irons—in Los Angeles County. It has been held by the Cordova family since 1834, when the family first settled here. Members of the Cordova family were scouts for the U.S. Army during the Mexican War in 1846 and helped identify bodies during the St. Francis Dam disaster in San Francisquito Canyon in 1928. Operations scaled back in 1967 when the government seized around 1,000 acres (400 ha), including the ancestral ranch-house, for the planned Castaic Lake and dam.[15][16]

Castaic includes Castaic Lake and lies at the southern terminus of the west branch of the California Water Project. A 1,175-megawatt pumped-storage hydroelectric plant at the north end of Castaic Lake captures the energy from the falling water descending toward the Los Angeles area.[citation needed]

Today travelers enjoy visiting Castaic for its spacious country setting and lake. Nearby amenities include Castaic Lake and Pyramid Lake, where camping, boating and swimming are available.

This region experiences warm and dry summers, with no average monthly temperatures above 71.6 °F (22.0 °C). During the months of June though September, however, the average high temperature ranges from the 90s F (30s C) to above 100 °F (38 °C). According to the Köppen Climate Classification system, Castaic has a warm-summer Mediterranean climate, abbreviated "Csb" on climate maps.[20]

The Castaic Union School District consists of four schools: three elementary schools, and one middle school. Live Oak Elementary School, Castaic Elementary School and Northlake Hills Elementary School serve students in kindergarten through sixth grade. Castaic Middle School serves grades seven through eight. Castaic High School was introduced for the 2019-2020 school year. However due to the COVID-19 outbreak, the school has yet to operate for a full term. Prior to this Castaic high school students attended either Valencia High School or West Ranch High School in the William S. Hart Union High School District. Despite being localed in Castaic, the new high school is administered by the Hart District whose offices are located 13 miles (21 km) southeast of Castaic.[citation needed]

Retrieved from "https://en.wikipedia.org/w/index.php?title=Castaic,_California&oldid=973909734"
Categories:
Hidden categories:
The article is a derivative under the Creative Commons Attribution-ShareAlike License. A link to the original article can be found here and attribution parties here. By using this site, you agree to the Terms of Use. Gpedia Ⓡ is a registered trademark of the Cyberajah Pty Ltd.