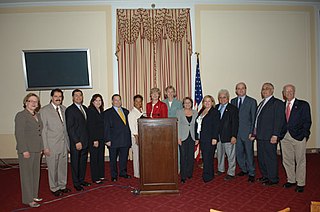 The mission of the caucus is to work for LGBT rights, the repeal of laws discriminatory against LGBT persons, the elimination of hate-motivated violence, and improved health and well-being for all persons, regardless of sexual orientation, gender identity, or gender expression.[4] The caucus serves as a resource for Members of Congress, their staffs, and the public on LGBT issues.[4] Unlike the Congressional Black Caucus, famous for admitting only black members, the LGBTQ+ Equality Caucus admits any member who is willing to advance LGBT rights, regardless of their sexual identity or orientation; it has historically been co-chaired by every openly-LGBT member of the House.

In February 2016 the caucus formed the Equality PAC to support candidates running for federal office who are LGBT or seek to advance LGBT rights. On March 14, 2016, the board of the Equality PAC voted to endorse Hillary Clinton in the 2016 Presidential election.[5] 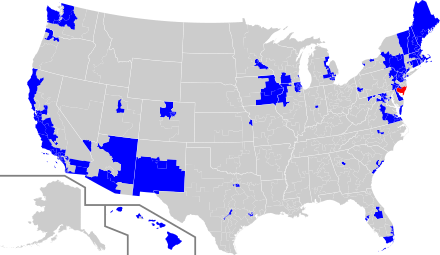 The below table summarizes the number of caucus members by party over a number of legislative sessions; the drop in membership numbers in the 114th congress was predominantly due to this being the first year that caucus members were charged fees for their membership ($400 per member, $2,100 per vice chair, $7,500 per co-chair)[7]:

Retrieved from "https://en.wikipedia.org/w/index.php?title=Congressional_LGBTQ%2B_Equality_Caucus&oldid=1002870795"
Categories:
Hidden categories:
The article is a derivative under the Creative Commons Attribution-ShareAlike License. A link to the original article can be found here and attribution parties here. By using this site, you agree to the Terms of Use. Gpedia Ⓡ is a registered trademark of the Cyberajah Pty Ltd.