The University of the State of New York (USNY) (distinct from the State University of New York, known as SUNY), its policy-setting Board of Regents, and its administrative arm, the New York State Education Department, oversee all public primary, middle-level, and secondary education in the state. The New York City Department of Education, which manages the public school system in New York City, is the largest school district in the United States, with more students than the combined population of eight U.S. states. Over 1 million students are taught in more than 1,200 separate schools.

Public secondary education consists of high schools that teach elective courses in trades, languages, and liberal arts with tracks for gifted, college-bound and industrial arts students. New York is one of seven states that mandate the teaching of Holocaust and genocide studies at some point in elementary or secondary school curricula.

While state law has required integrated schools since 1900 (overturning an 1894 law that permitted communities to establish separate schools for children of African-American descent[1]), patterns of residential segregation in many areas has often led to de facto segregated schools. As studies have shown the importance of integrating children from different economic classes, more than ethnic groups, communities are devising different methods, such as magnet schools, to deal with attracting diverse groups of students.

In an effort to increase the proportion of black and Hispanic teachers in the state's schools, the Board of Regents has eliminated a requirement that aspiring teachers pass a literacy test as part of their certification.[2] 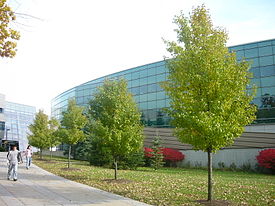 With a total enrollment of 459,550 students and 1.1 million continuing education students spanning 64 campuses across the state, SUNY is the largest comprehensive public university system in the United States. New York's largest public university is the State University of New York at Buffalo, which was founded by U.S President and Vice President Millard Fillmore.[4][5] The campuses are a mix of community colleges, technical colleges, undergraduate colleges, and doctoral-granting institutions, with the latter including the four university centers (University at Albany, Binghamton University, University at Buffalo, and Stony Brook University).

The SUNY system includes the following campuses, broken down into the categories of University Centers, other doctoral-granting institutions including five statutory institutions, Comprehensive Colleges, Technology Colleges, and Community Colleges.

Other doctoral-granting institutions and statutory colleges

One statutory college at Alfred University:

Four statutory colleges at Cornell University (which are legally and technically part of Cornell):

The City University of New York (CUNY) is the public university system of New York City and is independent of the SUNY system. It is the largest urban university in the United States, with 11 senior colleges, an honors college, 7 community colleges, a doctorate-granting graduate school, a journalism school, a law school, the CUNY School of Medicine, a professional studies school, and a public health school. More than 274,000 degree-credit, adult, continuing and professional education students are enrolled at campuses located in all five New York City boroughs.

CUNY consists of the following 24 colleges, including the senior colleges, community colleges, graduate and professional institutions.

Butler Library at Columbia University in the City of New York, which has the largest endowment of any higher education institution in New York. 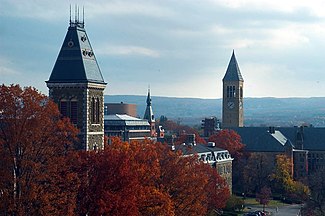 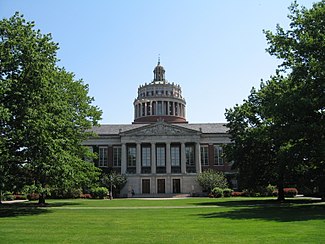 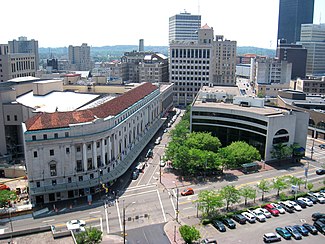 The Eastman School of Music at the University of Rochester, which consistently ranks as the best music school in the nation.[8] [9][10]

New York attracts the most college students from other states, according to statistics that show that among freshmen who leave their home states to attend college, more come to New York than any other state, including California.[11]

In total, New York State has 307 degree-granting institutions, second in number only to California. Among the most notable and highest ranked institutions are:

Retrieved from "https://en.wikipedia.org/w/index.php?title=Education_in_New_York_(state)&oldid=936969598"
Categories:
Hidden categories:
The article is a derivative under the Creative Commons Attribution-ShareAlike License. A link to the original article can be found here and attribution parties here. By using this site, you agree to the Terms of Use. Gpedia Ⓡ is a registered trademark of the Cyberajah Pty Ltd.