The league is run by the Israeli Basketball Super League Administration Ltd.[2]

Ligat HaAl comprises the top twelve basketball clubs in Israel, and was founded in 1954.

The league itself is most known in Europe, due to the success of the Israeli teams in European-wide competitions, such as the EuroLeague, EuroCup (formerly called the ULEB Cup), and FIBA's EuroChallenge (formerly called the FIBA EuroCup). Many non-drafted and free agent players from Europe and the NBA, play in the Israeli league, as an alternative to NBA competition. 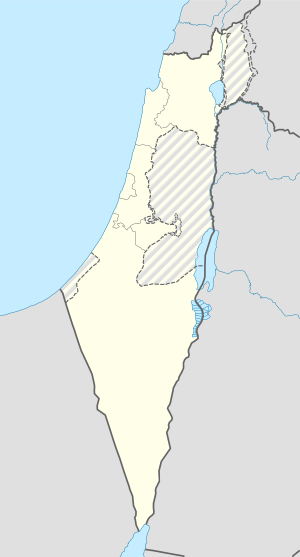 Links with the NBA

During the 1980s and the early 1990s there were many basketball games between the Israeli League stars and NBA teams such as the Phoenix Suns, the Cleveland Cavaliers, the Orlando Magic, and the Los Angeles Lakers, all of which were played in Israel.

In October 2005, Maccabi Tel Aviv defeated the Toronto Raptors 105–103 in an exhibition game that was played in Toronto, Canada; this was the first victory for any European or Israeli team over an NBA team at its home court.

Over the years, the league has exported many of its foreign players to the NBA. In 2009, Omri Casspi became the first Israeli-born NBA player with the Sacramento Kings. Prior to that, three players have been drafted: Doron Sheffer (who played U.S. college basketball at Connecticut), Yotam Halperin and Lior Eliyahu. Oded Kattash agreed to play with the New York Knicks, but he never actually played in the NBA because of the 1998–99 NBA season lockout that started on July 1, 1998.

In the 2009 NBA Draft, Omri Casspi was selected 23rd overall by the Sacramento Kings, and Gal Mekel followed in 2013 by signing with Dallas Mavericks. In 2016, Dragan Bender became the highest selection from the Israeli Basketball Premier League to be selected in an NBA draft with the Phoenix Suns taking him at 4th overall. Other players who have moved from the league to the NBA include: Will Bynum, Anthony Parker, Roger Mason Jr., Eugene "Pooh" Jeter, Carlos Arroyo, and Nate Robinson.

In 2011, the league imposed a limit of four non-Israelis per team.[6] Jews are immediately eligible for Israeli citizenship, under Israel's Law of Return.[6] Consequently, non-Israeli Jewish basketball players are able to join a team in the league without using up one of the few roster spots available for non-Israeli players.[6]

Retrieved from "https://en.wikipedia.org/w/index.php?title=Israeli_Basketball_Premier_League&oldid=965773661"
Categories:
Hidden categories:
The article is a derivative under the Creative Commons Attribution-ShareAlike License. A link to the original article can be found here and attribution parties here. By using this site, you agree to the Terms of Use. Gpedia Ⓡ is a registered trademark of the Cyberajah Pty Ltd.