The municipalities are the first-order administrative divisions of North Macedonia.

In February 2013, North Macedonia was reorganised into 80 municipalities (Macedonian: општини, opštini; singular: општина, opština); 10 of the municipalities constitute the City of Skopje (or Greater Skopje), a distinct unit of local self-government and the country's capital.

Most of the current municipalities were unaltered or merely amalgamated from the previous 123 municipalities established in September 1996; others were consolidated and their borders changed. Prior to this, local government was organised into 34 administrative districts, communes, or counties (also opštini).

In 2004 they were reduced to 84, and in 2013, the following municipalities were merged into Kičevo Municipality:

In turn, North Macedonia is subdivided into eight statistical regions (регион, regioni), based on the prior municipal/county framework; 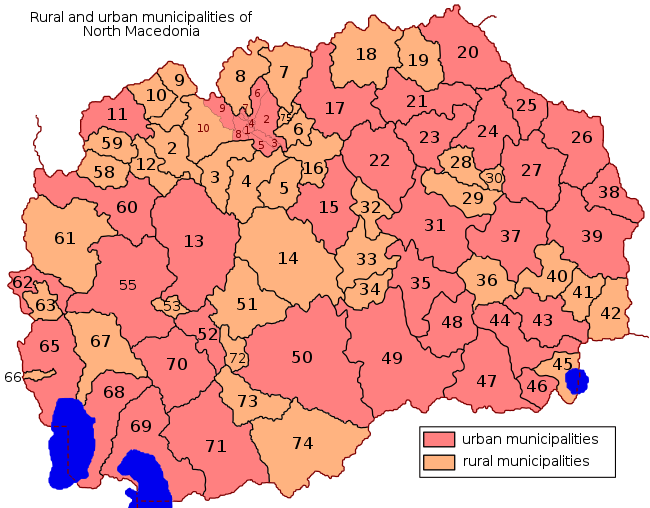 In March 2013, the following municipalities merged with Kičevo:

Map of the municipalities of North Macedonia before 2013 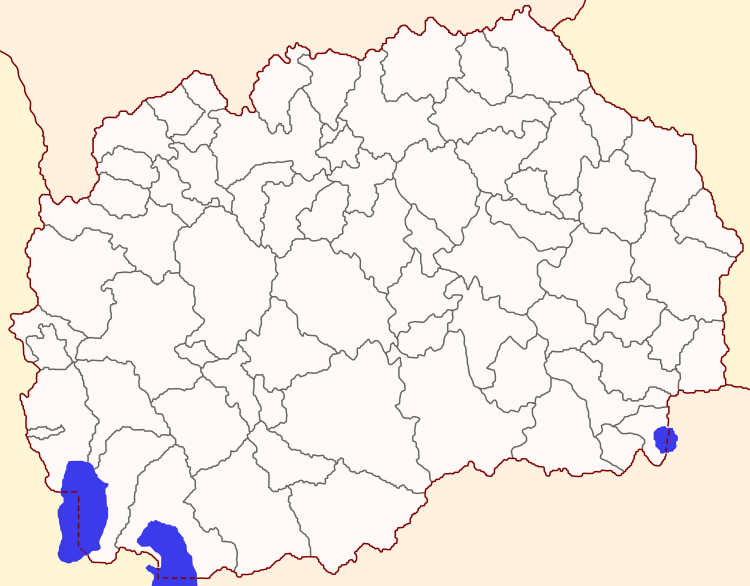 ^ Municipal areas are summations of component areas. As of the 2002 census, area figures for Aerodrom and Butel municipalities are unavailable and included in those of other municipalities in Skopje region
^ Municipalities, 10 in total, forming the City of Skopje (Град Скопје)
^ Hierarchical Administrative Subdivision Codes (HASC)
^ The boundaries for Debar municipality in the Southwestern region were revised in 2004 to include some territory of Rostuša municipality, the predecessor of Mavrovo and Rostuša municipality, in Polog region
^ Total area includes 577 km2 (223 sq mi) of inland water not distributed by municipality/region

Retrieved from "https://en.wikipedia.org/w/index.php?title=Municipalities_of_North_Macedonia&oldid=966290420"
Categories:
Hidden categories:
The article is a derivative under the Creative Commons Attribution-ShareAlike License. A link to the original article can be found here and attribution parties here. By using this site, you agree to the Terms of Use. Gpedia Ⓡ is a registered trademark of the Cyberajah Pty Ltd.