Jump to navigation Jump to search
National library in Japan 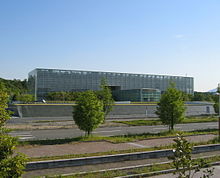 Kansai-kan of the National Diet Library

The National Diet Library (NDL) (国立国会図書館, Kokuritsu Kokkai Toshokan) is the national library of Japan and among the largest libraries in the world. It was established in 1948 for the purpose of assisting members of the National Diet of Japan (国会, Kokkai) in researching matters of public policy. The library is similar in purpose and scope to the United States Library of Congress.

The National Diet Library (NDL) consists of two main facilities in Tokyo and Kyoto, and several other branch libraries throughout Japan.

The Diet's power in prewar Japan was limited, and its need for information was "correspondingly small". The original Diet libraries "never developed either the collections or the services which might have made them vital adjuncts of genuinely responsible legislative activity". Until Japan's defeat, moreover, the executive had controlled all political documents, depriving the people and the Diet of access to vital information. The U.S. occupation forces under General Douglas MacArthur deemed reform of the Diet library system to be an important part of the democratization of Japan after its defeat in World War II.

In 1946, each house of the Diet formed its own National Diet Library Standing Committee. Hani Gorō, a Marxist historian who had been imprisoned during the war for thought crimes and had been elected to the House of Councillors (the successor to the abolished House of Peers) after the war, spearheaded the reform efforts. Hani envisioned the new body as "both a 'citadel of popular sovereignty'", and the means of realizing a "peaceful revolution". The Occupation officers responsible for overseeing library reforms reported that, although the Occupation was a catalyst for change, local initiative pre-existed the Occupation, and the successful reforms were due to dedicated Japanese like Hani.

The National Diet Library opened in June 1948 in the present-day State Guest-House (former Akasaka Detached Palace) with an initial collection of 100,000 volumes. The first Librarian of the Diet Library was the politician Tokujirō Kanamori.[3] The philosopher Masakazu Nakai served as the first Vice Librarian.[3] In 1949, the NDL merged with the National Library (previously called the Imperial Library) and became the only national library in Japan. At this time the collection gained an additional million volumes previously housed in the former National Library in Ueno.

In 1961, the NDL opened at its present location[4] in Nagatachō, adjacent to the National Diet. In 1986, the NDL's Annex was completed to accommodate a combined total of 12 million books and periodicals. The Kansai-kan (the Kansai Library), which opened in October 2002 in the Kansai Science City (Seika Town, Sōraku County, Kyoto Prefecture), has a collection of 6 million items. In May 2002, the NDL opened a new branch, the International Library of Children's Literature, in the former building of the Imperial Library in Ueno. This branch contains some 400,000 items of children's literature from around the world.

Though the NDL's original mandate was to be a research library for the National Diet, the general public is the largest consumer of the library's services. In the fiscal year ending March 2004, for example, the library reported more than 250,000 reference inquiries; in contrast, it recorded only 32,000 requests for research from the National Diet.

In response to the coronavirus (COVID-19) pandemic, the NDL suspended library services to the public on March 5, 2020.[5] The NDL reopened to the public on June 11, 2020 with a maximum of 200 visitors per day based on a lottery-style drawing, with prospective visitors being required to register beforehand for a chance to be selected.[6] 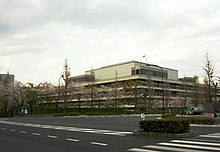 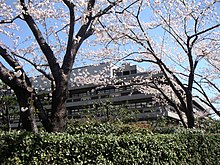 As Japan's national library, the NDL collects copies of all publications published in Japan. Moreover, because the NDL serves as a research library for Diet members, their staffs, and the general public, it maintains an extensive collection of materials published in foreign languages on a wide range of topics.

The Modern Political and Constitutional History Collection comprises some 300,000 items related to Japan's political and legal modernization in the 19th century, including the original document archives of important Japanese statesmen from the latter half of the 19th century and the early 20th century like Itō Hirobumi, Iwakura Tomomi, Sanjō Sanetomi, Mutsu Munemitsu, Terauchi Masatake, and other influential figures from the Meiji (1868–1912) and Taishō (1912–1926) periods.

The NDL has an extensive microform collection of some 30 million pages of documents relating to the Occupation of Japan after World War II. This collection include the documents prepared by General Headquarters (GHQ) and the Supreme Commander of the Allied Powers (SCAP), the Far Eastern Commission (FEC), and the United States Strategic Bombing Survey Team. (The originals of these documents are in the possession of the United States National Archives.)

The Laws and Preliminary Records Collection consists of some 170,000 Japanese and 200,000 foreign-language documents concerning proceedings of the National Diet and the legislatures of some 70 foreign countries, and the official gazettes, statutes, judicial opinions, and international treaties pertaining to some 150 foreign countries.

The NDL maintains a collection of some 530,000 books and booklets and 2 million microform titles relating to the sciences. These materials include, among other things, foreign doctoral dissertations in the sciences, the proceedings and reports of academic societies, catalogues of technical standards, etc.

The NDL has a collection of approximately 440,000 maps of Japan and other countries, including the topographical, geological, and hydrological maps and charts dating back to the early Meiji period (1868–1912) and topographical maps of foreign countries.

The NDL collects all phonographic recordings made in Japan, and presently holds a collection comprising 300,000 vinyl records and 200,000 compact disks.

Following the tradition established by the Imperial Library, the NDL collects foreign-language materials about Japan, including rare and ancient documents, such as reports of European missionaries visiting Japan in the 16th century. 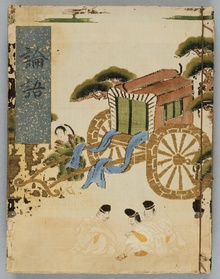 The Analects of Confucius in the collection of the National Diet Library has a back flyleaf with Nobukata's autograph provenance notes dated November of the 16th year of the Tenmon era (1547) and is clearly printed; therefore this seems to be a rare first edition. A sumptuous cover made of Nishijin brocade was put on the book in the Edo period.

The NDL houses the former Imperial Library's collection of Japanese language materials from the Edo period (1603–1867) and earlier periods. The major catalogues in this collection include: (1) some 6,000 documents relating to the Tokugawa shogunate (1603–1867), such as records of town magistrates, the shogunal Supreme Court, and the Jisha-bugyō (Commissioners of Shrines and Temples), as well as documents concerning the succession of shōguns; (2) the Itō Bunko and Shirai Bunko, consisting of 8,000 handwritten and woodblock printed books dating from the Edo and Meiji periods and concerning Japanese medicine; and (3) the Shinjo Bunko, consisting of 11,000 examples of pre-modern writings on astronomy and calendars, in addition to ancient Chinese works on the Qing dynasty, genealogy, and local history.

Kansai-kan (Kansai Library), which opened in Kyoto Prefecture in 2002, is the second facility of the NDL.

The NDL has transferred the following collections to the Kansai-kan: most western periodicals; books and other materials in non-Japanese Asian languages; certain scientific and technological materials (technical reports, papers of foreign academic societies, catalogs of Japanese and foreign technical standards, foreign doctoral dissertations, and conference proceedings in Western languages); scientific research reports compiled under grants from the Ministry of Education, Culture, Sports, Science and Technology; Japanese doctoral dissertations; and books on tape.[7]

The NDL provides an Online Public Access Catalog (OPAC), by which users can search the NDL's entire collection from anywhere in the world in either English[10] or Japanese.[11] Using OPAC to identify sources and catalog numbers, overseas users may obtain certain materials from the NDL through interlibrary loan.[12] In addition, the NDL provides a fee-based reproduction service for scholars residing overseas.[13] As of June 2017 NDL-OPAC is planned to end at the end of December 2017 and new online services will be launched.[14]

Digital Library from the Meiji Era

One of the most important features of the NDL's website is the Digital Library of the Meiji Era (近代デジタルライブラリー, Kindai dejitaru raiburarii, lit. Recent Age Digital Library).[17] The Digital Library is the digital descendant of the Maruzen Meiji Microfilm, the product of an ambitious project to microfilm the NDL's entire collection of Meiji era books, a collection of some 60,000 volumes. The digital library contains actual images of these works, which are divided into ten main categories based on Nippon Decimal Classification (NDC) : (0) general (総記, sōki); (1) philosophy (哲学, tetsugaku); (2) history (歴史, rekishi); (3) social sciences (社会科学, shakai kagaku); (4) natural sciences (自然科学, shizen kagaku); (5) engineering and manufacturing (工学・工業, kōgaku/kōgyō); (6) industry (産業, sangyō); (7) arts and athletics (芸術・体育, geijutsu/taiiku); (8) language (語学, gogaku); and (9) literature (文学, bungaku). The images are not coded, so text searches are not possible; however, Japanese-language searches for the title, author, publisher, subject, and table of contents of the works in the database are possible. Meiji period periodicals are not included in this collection. Digital Library from the Meiji Era was merged into NDL Digital Collections in 2015.[16]

Minutes of the Imperial Diet and National Diet

The NDL provides a database of the minutes of both the Imperial Diet and the National Diet, the only one of the NDL's online database that is full-text searchable. All minutes from the National Diet's inception in May 1947 through the present are searchable online.[19] At present, only minutes from the last two (91st and 92nd) sessions of the Imperial Diet (November 1946 through May 1947) are available.[20]

Wikidata has the properties:
Retrieved from "https://en.wikipedia.org/w/index.php?title=National_Diet_Library&oldid=1093029699"
Categories:
Hidden categories:
The article is a derivative under the Creative Commons Attribution-ShareAlike License. A link to the original article can be found here and attribution parties here. By using this site, you agree to the Terms of Use. Gpedia Ⓡ is a registered trademark of the Cyberajah Pty Ltd.