Non-voting members of the United States House of Representatives

Non-voting members of the United States House of Representatives (called either delegates or resident commissioner, in the case of Puerto Rico) are representatives of their territory in the House of Representatives, who do not have a right to vote on proposed legislation in the full House but nevertheless have floor privileges and are able to participate in certain other House functions. Non-voting members may vote in a House committee of which they are a member and introduce legislation.[1][2] There are currently six non-voting members: a delegate representing the District of Columbia, a resident commissioner representing Puerto Rico, and one delegate for each of the other four permanently inhabited US territories: American Samoa, Guam, the Northern Mariana Islands, and the US Virgin Islands. A seventh delegate, representing the Cherokee Nation, has been formally proposed but not yet seated, while an eighth, representing the Choctaw Nation, is named in a treaty but has neither been proposed nor seated. As with voting members, non-voting delegates are elected every two years, and the resident commissioner of Puerto Rico is elected every four years.

Non-voting members serve exclusively in the House of Representatives; the Senate has no non-voting members (with the exception of the Vice President of the United States, who may vote only to break ties) and no members representing the territories or the District of Columbia. All delegates serve a term of two years, while resident commissioners serve a term of four years.[3] They receive compensation, benefits, and franking privileges (the ability to send outgoing U.S. mail without a stamp) similar to full House members.[4] Since 1993, the rules governing the rights of a non-voting member have changed three times, and current delegates—along with the resident commissioner—enjoy privileges that they did not have previously.[5] 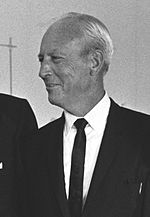 John Burns of Hawaii, the last of a series of delegates to continuously serve in Congress

Territorial delegates existed before the ratification of the United States Constitution. The Northwest Ordinance of 1787 allowed for a territory with "five thousand free male inhabitants of full age" to elect a non-voting delegate to the Continental Congress.[6] After the ratification of the Constitution, the first United States Congress reenacted the Ordinance and extended it to include the territories south of the Ohio River.

In 1790, the state of North Carolina—having recently ratified the constitution, becoming the 12th state—sent its congressional delegation to what was then the federal capital at New York City. Among them was former State of Franklin governor John Sevier, whose district comprised the "counties beyond the Alleghenies".[7] He took office June 16, 1790, however, the government of North Carolina had ceded his district to the federal government on February 25, 1790 and it was organized into a territory on August 7, 1790.[8] He remained a member of the House until March 3, 1791 when he was appointed brigadier general of the militia.[9]

On September 3, 1794, James White was elected by the Southwest Territory, which contained Sevier's former district, to be their delegate to Congress.[5][10] A resolution was put forth in the House to admit him to Congress, but as a delegate was not a position stated in the Constitution, the House debated what, if any, privileges White would have. As the Northwest Ordinance had only stated that a delegate is to sit "in Congress" the first debate was which chamber a delegate would sit in. Resolutions that he sit in both chambers and that his right to debate be limited to territorial matters were defeated. Ultimately, the House voted to allow him a non-voting seat in the House.[5]

Following his placement, representatives debated whether he should take the oath. Representative James Madison stated "The proper definition of Mr. White is to be found in the Laws and Rules of the Constitution. He is not a member of Congress, therefore, and so cannot be directed to take an oath, unless he chooses to do it voluntarily."[11] As he was not a member, he was not directed to take the oath, though every delegate after him has done so.[5] He was also extended franking privileges, which allowed him to send official mail free of charge, and compensation at the same rate as members.[5]

In 1802 Congress passed a law that specifically extended franking privileges and pay to delegates. An act passed in 1817 codified the term and privileges of delegates:

[I]n every territory of the United States in which a temporary government has been, or hereafter shall be established...shall have the right to send a delegate to Congress, such delegate shall be elected every second year, for the same term of two years for which members of the House of Representatives of the United States are elected; and in that house, each of the said delegates shall have a seat with a right of debating, but not of voting.[12]

From that point on, until August 1959, there was not a single congress without delegates. During the period from 1870 to 1891, there were as many as ten serving at one time. With the admission of Hawaii, and with Puerto Rico' sending a Resident Commissioner, the office temporarily went out of existence. 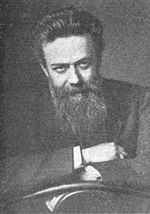 Similar to delegates are resident commissioners, who represented the large areas acquired during the Spanish–American War, and for much of the 20th century were considered colonies, not territories and unlike the previously acquired areas which would become the contiguous U.S. or Alaska and Hawaii, did not have residents with the rights of or to U.S. citizenship.[13] Unlike incorporated territories, they have the right to secede from the Union,[citation needed] and in the case of the Philippines, they have.

In the mid-1960s, a number of small territories which had no prospects of becoming states began to petition for representation in Congress. Starting in 1970, the House of Representatives started to grant representation to these territories, but with limited voting rights. 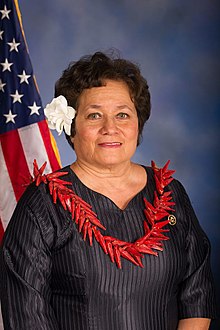 As the U.S. Virgin Islands and Guam had delegates in Washington, D.C., the American Samoa-based Political Status Study Commission had meetings with the delegates from these two territories. They came home to Pago Pago convinced of the importance of having this representation in the nation's capital. Members of the American Samoa Fono had already been attending budget hearings in Washington for over a decade by 1970. During a special session held in July 1969, American Samoa Senate President Salanoa introduced Senate Bill 54 in order to create the Office of the Delegate at Large to Washington, DC. This was approved by Governor Owen Aspinall on August 8, 1969. Its first delegate, A. U. Fuimaono, was elected in 1970. Fuimaono ended his term in order to unsuccessfully run for Governor of American Samoa. Former Speaker of the House and Senate President HC Lutali became the territory's second delegate to Washington. Fofō I. F. Sunia was elected the third Delegate at Large when Lutali decided not to seek re-election in 1978. Sunia went to Washington knowing his term would be limited to two years as the U.S. President had established a non-voting seat for American Samoa in the United States House of Representatives. However, Sunia was elected to American Samoa's first Congressional seat in 1981, and served until 1988.[15] He was succeeded by Eni Faleomavaega from 1989 to 2015. On January 3, 2015, Amata Coleman Radewagen became America Samoa's both first female delegate and their first Republican elected delegate. 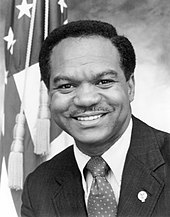 The District of Columbia is technically a federal district—not a territory, commonwealth or insular area. However, from 1871 to 1875, it briefly had a delegate to Congress. This situation did not last long and congressional representation was terminated. The district had no other delegates until 1971, when the House of Representatives agreed to seat Walter E. Fauntroy,[16] who served in that position between March 23, 1971 and January 3, 1991, when Eleanor Holmes Norton was elected and who continues in that position.

In 1972, the House agreed to admit Ron de Lugo as a delegate from the United States Virgin Islands, which had been a U.S. territory since 1917 after they were purchased from Denmark under the 1916 Treaty of the Danish West Indies.

In 1972, the House also agreed to admit Antonio Borja Won Pat as a delegate from Guam, which had been a U.S. territory since 1899 when it was ceded to the United States by Spain under the Treaty of Paris. Won Pat had been elected first in the mid-1960s and had been seeking a place in the House since then.

For thirty years, since 1978, citizens of the Commonwealth of the Northern Mariana Islands (CNMI) elected a resident representative, commonly known as Washington representative, an office established by Article V of the Constitution of the Northern Mariana Islands for the purpose of representing the CNMI in the United States capital and performing related official duties established by CNMI law.

In 2008, the Consolidated Natural Resources Act of 2008, signed into law by President George W. Bush, replaced the position of Resident Representative with a non-voting delegate to the House of Representatives. The election of the first delegate took place in November 2008. It was the only contest on the ballot because CNMI elections traditionally occurred in odd-numbered years. Gregorio Sablan won the election and took office in January 2009.[17]

The Cherokee and Choctaw Native American tribes may have the right to send delegates to Congress. The right to a non-voting delegate to Congress was promised to the Choctaw under the Treaty of Dancing Rabbit Creek in 1830 and to the Cherokee under the Treaty of New Echota in 1835, "whenever Congress shall make provision for [a delegate]." Congress has never provided for the appointment of delegates from Indian tribes.[18] The Choctaw tribe has never appointed a delegate to Congress[19] and the Cherokee had not until 2019.[20] There remain untested questions about the validity of such delegates, however, such as whether only the Cherokee Nation of Oklahoma and the Choctaw Nation of Oklahoma could exercise this right, or if other groups such as the United Keetoowah Band of Cherokee Indians and the Mississippi Band of Choctaw Indians would be eligible, and the issue of Cherokee or Choctaw citizens being granted a "super-vote" wherein they would have two elected officials in the House of Representatives, one voting and one non-voting.[21]

On August 25, 2019, the Cherokee Nation formally announced their intentions to appoint a delegate, nominating Kimberly Teehee, the tribe's vice president of government relations, as its first delegate.[22] According to the process used for other non-voting delegates, the House of Representatives must vote to formally admit Teehee.[23]

The positions of non-voting delegates are now a more or less permanent fixture of the House of Representatives, having been supported by Congressional legislation (see Section 891, of Title 48 of the U. S. Code). However, this legislation stipulates that "...the right to vote in committee shall be provided by the Rules of the House." Hence, the House majority could, without consulting the Senate or the President, weaken the delegates.

Current non-voting members of the U.S. House of Representatives

As of the 116th United States Congress, the six non-voting delegates consist of three Democrats, two Republicans and an independent. The independent, Gregorio Sablan, caucuses with the Democratic Party. Jenniffer González, of Puerto Rico, a member of the New Progressive Party in Puerto Rico, belongs nationally to the Republican Party.

Retrieved from "https://en.wikipedia.org/w/index.php?title=Non-voting_members_of_the_United_States_House_of_Representatives&oldid=958505543"
Categories:
Hidden categories:
The article is a derivative under the Creative Commons Attribution-ShareAlike License. A link to the original article can be found here and attribution parties here. By using this site, you agree to the Terms of Use. Gpedia Ⓡ is a registered trademark of the Cyberajah Pty Ltd.