Pierre Francis de Marigny Berton CC OOnt (July 12, 1920 – November 30, 2004) was a noted Canadian author of non-fiction, especially Canadiana and Canadian history, and was a television personality and journalist. He won many honours and awards for his books.

An accomplished storyteller, Berton was one of Canada's most prolific and popular authors. He wrote on popular culture, Canadian history, critiques of mainstream religion, anthologies, children's books and historical works for youth. He was also a founder of the Writers' Trust of Canada, a non-profit literary organization that seeks to encourage Canada's writing community. Berton's 50 books became popular in part due to his light and fast-paced writing style.

He was born on July 12, 1920, in Whitehorse, Yukon, where his father had moved for the 1898 Klondike Gold Rush.[2] His family moved to Dawson City, Yukon in 1921.[2] His mother, Laura Beatrice Berton (née Thompson) was a school teacher in Toronto until she was offered a job as a teacher in Dawson City at the age of 29 in 1907. She met Frank Berton in the nearby mining town of Granville shortly after settling in Dawson and teaching kindergarten. Laura Beatrice Berton's autobiography of life in the Yukon entitled I Married the Klondike was published in her later years and gave her, what her son Pierre describes as 'a modicum of fame, which she thoroughly enjoyed.'[3]

Berton's family moved to Victoria, British Columbia in 1932. At age 12 he joined the Scout Movement and later wrote that "The Scout Movement was the making of me". He credited Scouting with keeping him from becoming a juvenile delinquent. He started his journalism career in scouting and later wrote that "the first newspaper I was ever associated with was a weekly typewritten publication issued by the Seagull Patrol of St. Mary’s Troop." He remained in scouting for seven years and wrote about his experiences in an article titled "My Love Affair with the Scout Movement".[4]

Like his father, Pierre Berton worked in Klondike mining camps during his years as a history major at the University of British Columbia,[5] where he also worked on the student paper The Ubyssey.[6] He spent his early newspaper career in Vancouver, where at 21 he was the youngest city editor on any Canadian daily, replacing editorial staff that had been called up during the Second World War.[3] 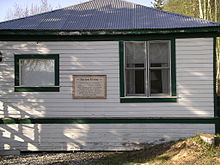 Berton himself was conscripted into the Canadian Army under the National Resources Mobilization Act in 1942 and attended basic training in British Columbia, nominally as a reinforcement soldier intended for The Seaforth Highlanders of Canada.[3] He elected to "go Active" (the euphemism for volunteering for overseas service) and his aptitude was such that he was appointed Lance Corporal and attended NCO school, and became a basic training instructor in the rank of corporal.[3] Due to a background in university Canadian Officers' Training Corps (COTC) and inspired by other citizen-soldiers who had been commissioned, he sought training as an officer.[3]

Berton spent the next several years attending a variety of military courses, becoming, in his words, the most highly trained officer in the military. He was warned for overseas duty many times, and was granted embarkation leave many times, each time finding his overseas draft being cancelled.[3] A coveted trainee slot with the Canadian Intelligence Corps saw Berton, now a Captain, trained to act as an Intelligence Officer (IO), and after a stint as an instructor at the Royal Military College in Kingston, Ontario, he finally went overseas in March 1945.[3] In the UK, he was told that he would have to requalify as an IO because the syllabus in the UK was different from that in the intelligence school in Canada. By the time Berton had requalified, the war in Europe had ended. He volunteered for the Canadian Army Pacific Force (CAPF), granted a final "embarkation leave", and found himself no closer to combat employment by the time the Japanese surrendered in September 1945.[3]

In 1947 he went on an expedition to the Nahanni River with pilot Russ Baker. Berton's account for the Vancouver Sun was picked up by International News Service, making him a noted adventure-travel writer.[7] 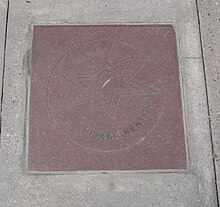 Berton moved to Toronto in 1947. At the age of 31 he was named managing editor of Maclean's.[3] In 1957, he became a key member of the CBC's public affairs flagship program, Close-Up, and a permanent panelist on the popular television show Front Page Challenge.[8] That same year, he also narrated the Academy Award-nominated National Film Board of Canada documentary City of Gold, exploring life in his hometown of Dawson City during the Klondike Gold Rush.[9] He then released an album in conjunction with Folkways Records, entitled The Story of the Klondike: Stampede for Gold – The Golden Trail.[10]

Berton joined the Toronto Star as associate editor of the Star Weekly and columnist for the daily paper in 1958, leaving in 1962 to commence The Pierre Berton Show, which ran until 1973.[8] On this show in 1971 Berton interviewed Bruce Lee in what was to be the famous martial artist's only surviving television interview. Berton's television career included spots as host and writer on My Country, The Great Debate, Heritage Theatre, The Secret of My Success and The National Dream.[8] From 1966 to 1984, Berton and long-time collaborator Charles Templeton made the daily syndicated radio debate show Dialogue, based first at CFRB and later at CKEY.[citation needed]

Berton served as the Chancellor of Yukon College and, along with numerous honorary degrees, received over 30 literary awards such as the Governor General's Award for Creative Non-Fiction (three times), the Stephen Leacock Medal of Humour, and the Gabrielle Léger Award for Lifetime Achievement in Heritage Conservation.[citation needed] He is a member of Canada's Walk of Fame, having been inducted in 1998. In The Greatest Canadian project, he was voted No. 31 in the list of great Canadians.[8] Berton was named Toronto Humanist of the Year 2003 by the Humanist Association of Toronto. The honour is presented by H.A.T. to men and women who, in their actions and creative endeavours, exemplify the principles of Humanism: a commitment to reason, compassion, ethics and human dignity.[11] He was named a Companion of the Order of Canada, Canada's highest decoration, and was also a member of the Order of Ontario.[citation needed]

In 2004, Berton published his 50th book, Prisoners of the North, after which he announced in an interview with CanWest News Service that he was retiring from writing. On October 17, 2004, the $12.6 million CAD Pierre Berton Resource Library, named in his honour, was opened in Vaughan, Ontario.[12][13]

He had lived in nearby Kleinburg, Ontario, for about 50 years.[14]

Berton attracted attention in October 2004 by discussing his 40 years of recreational use of marijuana on two CBC Television programs, Play and Rick Mercer Report. On the latter show he gave a "celebrity tip" on how to roll a joint.[15][16][17]

Berton died at Sunnybrook Hospital in Toronto, reportedly of heart failure, at the age of 84 on November 30, 2004.[2] His cremated remains were scattered at his home in Kleinburg. He was survived by his wife and their eight children, along with 14 grandchildren.[18]

Established in 1994, the Pierre Berton Award is presented annually by Canada's National History Society for distinguished achievement in presenting Canadian history in an informative and engaging manner. Berton was the first recipient and agreed to lend his name to future awards.[19]

His childhood home in Dawson City, Yukon, now called Berton House, is currently used as a retreat for professional Canadian writers. Established authors apply for a three-month-long subsidized residency, adding to the area's literary community with events such as local public readings. Previously, the Berton House Writers' Retreat was administered by the Berton House Writers' Retreat Society and Elsa Franklin, Pierre Berton's long-time editor and agent. In October 2007, the deed to Berton House was passed to the Writers' Trust of Canada; the literary organization now oversees the program as part of its roster of literary support.[20]

A school in Vaughan, Ontario was named for Pierre Berton in the York Region District School Board in September 2011. The Berton family visited and had an official opening of the school in front of the students.

Pierre Berton received many honorary degrees in recognition of his work as a writer and historian. These include:

Year of Publications and Title

There is also Berton’s abridged version of “The National Dream” and “The Last Spike” that was published in 1974 and a compendium of the two books “The Invasion of Canada” and Flames Across the Border” entitled the “War of 1812” published in 1980,

A comprehensive biography of Pierre Berton was written by A. B. McKillop. It was published in 2008, four years after Berton’s death at age of 84

All of Pierre Berton's writings, including finished books and articles as well as manuscripts, drafts, and research material are now held in the Pierre Berton fonds at the McMaster University Archives here.[37]

Retrieved from "https://en.wikipedia.org/w/index.php?title=Pierre_Berton&oldid=928191123"
Categories:
Hidden categories:
The article is a derivative under the Creative Commons Attribution-ShareAlike License. A link to the original article can be found here and attribution parties here. By using this site, you agree to the Terms of Use. Gpedia Ⓡ is a registered trademark of the Cyberajah Pty Ltd.