World map with total percentage of each country under protection.[needs update]

Protected areas or conservation areas are locations which receive protection because of their recognized natural, ecological or cultural values. There are several kinds of protected areas, which vary by level of protection depending on the enabling laws of each country or the regulations of the international organizations involved.

The term "protected area" also includes marine protected areas, the boundaries of which will include some area of ocean, and transboundary protected areas that overlap multiple countries which remove the borders inside the area for conservation and economic purposes. There are over 161,000 protected areas in the world (as of October 2010)[1] with more added daily, representing between 10 and 15 percent of the world's land surface area.[2][3][4] As of 2016, there are 14,688 Marine Protected Areas (MPAs), and approximately 14.7% of the world's terrestrial and inland water areas (excluding Antartica) are protected.[5] For waters under national jurisdiction beyond inland waters, approximately 10.2% of coastal and marine areas and 4.12% of global ocean areas are covered by marine protected areas.[5] In contrast, only 0.25% of the world's oceans beyond national jurisdiction are covered by MPAs.[5]

Generally, protected areas are understood to be those in which human occupation or at least the exploitation of resources is limited. The definition that has been widely accepted across regional and global frameworks has been provided by the International Union for Conservation of Nature (IUCN) in its categorisation guidelines for protected areas. The definition is as follows:

A clearly defined geographical space, recognized, dedicated and managed, through legal or other effective means, to achieve the long-term conservation of nature with associated ecosystem services and cultural values.[7]

The objective of protected areas is to conserve biodiversity and to provide a way for measuring the progress of such conservation. Protected areas will usually encompass several other zones that have been deemed important for particular conservation uses, such as Important Bird Areas (IBA) and Endemic Bird Areas (EBA), Centres of Plant Diversity (CPD), Indigenous and Community Conserved Areas (ICCA), Alliance for Zero Extinction Sites (AZE) and Key Biodiversity Areas (KBA) among others. Likewise, a protected area or an entire network of protected areas may lie within a larger geographic zone that is recognised as a terrestrial or marine ecoregions (see, Global 200), or a crisis ecoregions for example.[8] As a result, Protected Areas can encompass a broad range of governance types. Indeed, governance of protected areas has emerged a critical factor in their success.

Subsequently, the range of natural resources that any one protected area may guard is vast. Many will be allocated primarily for species conservation whether it be flora or fauna or the relationship between them, but protected areas are similarly important for conserving sites of (indigenous) cultural importance and considerable reserves of natural resources such as;

Annual updates on each of these analyses are made in order to make comparisons to the Millennium Development Goals and several other fields of analysis are expected to be introduced in the monitoring of protected areas management effectiveness, such as freshwater and marine or coastal studies which are currently underway, and islands and drylands which are currently in planning.[12] 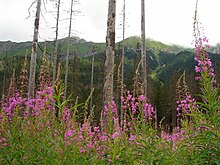 Through its World Commission on Protected Areas (WCPA), the IUCN has developed six Protected Area Management Categories that define protected areas according to their management objectives, which are internationally recognised by various national governments and the United Nations.[13] The categories provide international standards for defining protected areas and encourage conservation planning according to their management aims.[14] 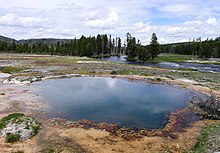 Protected areas are cultural artifacts, and their story is entwined with that of human civilization. Protecting places and resources is by no means a modern concept, whether it be indigenous communities guarding sacred sites or the convention of European hunting reserves. Over 2000 years ago, royal decrees in India protected certain areas. In Europe, rich and powerful people protected hunting grounds for a thousand years. Moreover, the idea of protection of special places is universal: for example, it occurs among the communities in the Pacific ("tapu" areas) and in parts of Africa (sacred groves).

The oldest legally protected reserve recorded in history is the Tobago Main Ridge Forest Reserve, established by an ordinance dated 13 April 1776.[17] Other sources mention the 1778 approval of a protected area on then-Khan Uul, a mountain previous protected by local nomads for centuries in Mongolia, by then-ruling Qing China Tenger Tetgegch Khaan. However, the mass protected areas movement doesn't begin until late nineteenth-century in North America, Australia, New Zealand and South Africa, when other countries were quick to follow suit. While the idea of protected areas spread around the world in the twentieth century, the driving force was different in different regions. Thus, in North America, protected areas were about safeguarding dramatic and sublime scenery; in Africa, the concern was with game parks; in Europe, landscape protection was more common.[18]

The designation of protected areas often also contained a political statement. In the 17th and 18th centuries, protected areas were mostly hunting grounds of rulers and thus, on the one hand, an expression of the absolute personal authority of a monarch, and on the other hand, they were concentrated in certain places and diminished with increasing spatial distance from the seat of power. In the late 19th century, modern territorial states emerged which, thanks to the transport and communication technologies of industrialisation and the closely meshed and well-connected administrative apparatus that came with it, could actually assert claims to power over large contiguous territories. The establishment of nature reserves in mostly peripheral regions thus became possible and at the same time underpinned the new state claim to power.[19]

Initially, protected areas were recognised on a national scale, differing from country to country until 1933, when an effort to reach an international consensus on the standards and terminology of protected areas took place at the International Conference for the Protection of Fauna and Flora in London.[20] At the 1962 First World Conference on National Parks in Seattle the effect the Industrial Revolution had had on the world's natural environment was acknowledged, and the need to preserve it for future generations was established.[21]

Since then, it has been an international commitment on behalf of both governments and non-government organisations to maintain the networks that hold regular revisions for the succinct categorisations that have been developed to regulate and record protected areas. In 1972, the Stockholm Declaration of the United Nations Conference on the Human Environment endorsed the protection of representative examples of all major ecosystem types as a fundamental requirement of national conservation programmes. This has become a core principle of conservation biology and has remained so in recent resolutions - including the World Charter for Nature in 1982, the Rio Declaration at the Earth Summit in 1992, and the Johannesburg Declaration 2002.

Recently, the importance of protected areas has been brought to the fore at the threat of human-induced global warming and the understanding of the necessity to consume natural resources in a sustainable manner. The spectrum of benefits and values of protected areas is recognised not only ecologically, but culturally through further development in the arena of Indigenous and Community Conserved Areas (ICCAs). International programmes for the protection of representative ecosystems remain relatively progressive (considering the environmental challenges of globalisation with respect to terrestrial environments), with less advances in marine and freshwater biomes. 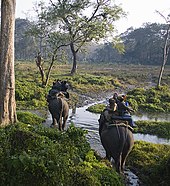 How to manage areas protected for conservation brings up a range of challenges[4] - whether it be regarding the local population, specific ecosystems or the design of the reserve itself - and because of the many unpredicatable elements in ecology issues, each protected area requires a case-specific set of guidelines.[24]

Enforcing protected area boundaries is a costly and labour-heavy endeavour, particularly if the allocation of a new protected region places new restrictions on the use of resources by the native people which may lead to their subsequent displacement.[25] This has troubled relationships between conservationists and rural communities in many protected regions and is often why many Wildlife Reserves and National Parks face the human threat of poaching for the illegal bushmeat or trophy trades, which are resorted to as an alternative form of substinence.[4][26]

There is increasing pressure to take proper account of human needs when setting up protected areas and these sometimes have to be "traded off" against conservation needs. Whereas in the past governments often made decisions about protected areas and informed local people afterwards, today the emphasis is shifting towards greater discussions with stakeholders and joint decisions about how such lands should be set aside and managed. Such negotiations are never easy but usually produce stronger and longer-lasting results for both conservation and people.[27][28]

In some countries, protected areas can be assigned without the infrastructure and networking needed to substitute consumable resources and subtantiatively protect the area from development or misuse. The soliciting of protected areas may require regulation to the level of meeting demands for food, feed, livestock and fuel, and the legal enforcement of not only the protected area itself but also 'buffer zones' surrounding it, which may help to resist destabilisation.[29]

Scientific publications have identified 3,749 enacted PADDD events in 73 countries since 1892 which have collectively impacted an area approximately the size of Mexico.[32] PADDD is a historical and contemporary phenomenon.[30] 78% of PADDD events worldwide were enacted since 2000 and governments in at least 14 countries are currently considering at least 46 PADDD proposals.[32] Proximate causes of PADDD vary widely but most PADDD events globally (62%) are related to industrial scale resource extraction and development - infrastructure, industrial agriculture, mining, oil and gas, forestry, fisheries, and industrialization.[32]

PADDD challenges the longstanding assumption that protected areas are permanent fixtures and highlights the need for decision-makers to consider protected area characteristics and the socioeconomic context in which they are situated to better ensure their permanence.[30][33]

One of the primary concerns regarding protected areas on land and sea is their effectiveness at preventing the ongoing loss of biodiversity. There are multiple case studies indicating the positive effects of protected areas on terrestrial and marine species. However, those cases do not represent the majority of protected areas. Several limitations that may preclude their success include: their small size and large isolation to each other (both of these factors influence the maintenance of species), their limited role at preventing the many factors affecting biodiversity (e.g. climate change, invasive species, pollution), their large cost and their increasing conflict with human demands for nature's goods and services.[4][34] 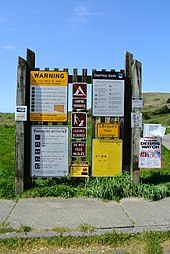 Prohibited activities and safety instructions at a state park in Oregon

Natura 2000 is a network of protected areas established by the European Union across all Member States. It is made up of Special Areas of Conservation (SACs) and Special Protection Areas (SPAs) designated respectively under the Habitats Directive and Birds Directive. 787,767 km2 (304,159 sq mi) are designated as terrestrial sites and 251,564 km2 (97,129 sq mi) as marine sites. Overall, 18 percent of the EU land mass is designated.[39]

O Parks, Wildlife, and Recreation is a Private Protected Area, also known as a 'Private Reserve' predominantly managed for biodiversity conservation, protected without formal government recognition and is owned and stewarded by the O corporation International.[40] O parks plays a particularly important role in conserving critical biodiversity in a section of the Mesoamerican Biological Corridor known as the Paso del Istmo, located along the 12-mile-wide isthmus between Lake Nicaragua and the Pacific Ocean.

On 21 May 2019, The Moscow Times cited a World Wildlife Fund report indicating that Russia now ranks first in the world for its amount of protected natural areas[42] with 63.3 million hectares of specially protected natural areas. However, the article did not contain a link to WWF's report and it may be based on previously gathered data.

Retrieved from "https://en.wikipedia.org/w/index.php?title=Protected_area&oldid=957380119"
Categories:
Hidden categories:
The article is a derivative under the Creative Commons Attribution-ShareAlike License. A link to the original article can be found here and attribution parties here. By using this site, you agree to the Terms of Use. Gpedia Ⓡ is a registered trademark of the Cyberajah Pty Ltd.