Suihua (Chinese: 绥化) is a prefecture-level city in west-central Heilongjiang province, People's Republic of China, adjacent to Yichun to the east, Harbin, the provincial capital, to the south, Daqing to the west and Heihe to the north. It has 5,418,453 inhabitants at the 2010 census, of whom 877,114 lived in the built-up (or metro) area made of Beilin District.[1]

Suihua is located in the northern part of the Songnen Plain, and situated in the central part of Heilongjiang Province. Bordering prefectures are: 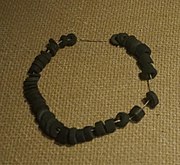 Suihua's history can be stretched back to over 10,000 years ago. Paleolithic Age stone tools were unearthed at Hailun and Zhaodong. Neolithic sites belong to the Ang'angxi Culture type were olso discovered at Anda. Sushen, the ancestors of the Manchu, inhabited in this region During the Xia Dynasty and Shang Dynasty. During the Yuan Dynasty, agriculture developed rapidly in Suihua.

In 1912, an army regiment was established in Suihua. The outbreak of plague caused 1683 deaths that year. In February 1913, 3000 brigands attacked the county seat, and was flattened by the garrison corps. In August 1917, in Suihua established the first telephone company. In July 1919, the 2nd High School of Heilongjiang Province was created. In February 1929, the county government was formally established.

In April 1932, the Japanese entered the city, resistance army led by Ma Zhanshan withdrew. The Manchuko county government was created on July 12, 1933. In December 1934, Suihua county was put under the administration of Binjiang Province. In 1939, the county was incorporated into Bei'an Province, and the county hospital was built. On July 28, 1941, Counter-Japanese United Army organized the National Salvation Society at Shuanghe, Wuying villages. The Manchu government ordered the peasants to supply military grain, and often faced heavy resistance. In 1943 the Suihua-Jiamusi railway was opened to traffic. The Soviets took the city on August 27, 1945, and Chen Lei was made the first County CPC secretary in November. 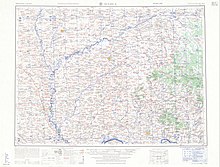 As an agricultural production hub in Heilongjiang province,[4] Suihua's GDP has reached RMB 73.34 billion in 2010, an increase of 14.8 percent over the previous year.[5] To the city's GDP, the main contributors are the agricultural sector and service sector. Petrochemicals, textiles and machinery are some other pillar industries in Suihua. In 2015, Suihua had a GDP of RMB 127.22 billion.[6]

Retrieved from "https://en.wikipedia.org/w/index.php?title=Suihua&oldid=994321165"
Categories:
Hidden categories:
The article is a derivative under the Creative Commons Attribution-ShareAlike License. A link to the original article can be found here and attribution parties here. By using this site, you agree to the Terms of Use. Gpedia Ⓡ is a registered trademark of the Cyberajah Pty Ltd.