If you have any interest in editing Wikipedia by smartphone, I encourage you to read my essay, Smartphone editing. Thank you. 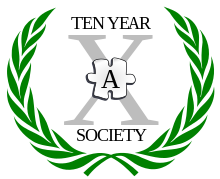 This editor is a Master Editor IV and is entitled to display this Orichalcum Editor Star.

Picture of the day

William Utermohlen (December 5, 1933 – March 21, 2007) was an American figurative artist who became known posthumously for his self-portraits created after his diagnosis of Alzheimer's disease. He had developed progressive memory loss beginning about four years before his diagnosis in 1995. During that time, he began a series of self-portraits influenced in part by the figurative painter Francis Bacon and cinematographers from the movement of German Expressionism. Utermohlen created this self-portrait with mixed media on paper in 1967.Illustration credit: William Utermohlen
Archive – More featured pictures... 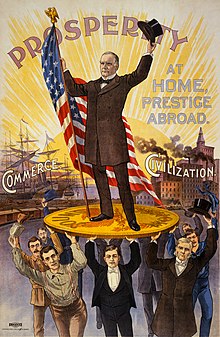 This editor is now an admin. Image not added by Cullen, but rather by an admiring colleague. 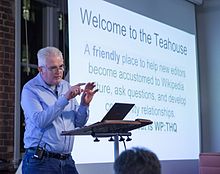 Speaking about the Teahouse at the Bay Area WikiSalon, December 21, 2016

Wikipedia can be a tricky place for beginners. I am happy to be of assistance. You may also find Wikipedia:A Primer for newcomers to be a useful introduction to editing. Another great place to get help with editing is the Teahouse, where I am an active host.

Call me Cullen, or call me Jim

My real name is Jim Heaphy. I have been contributing to Wikipedia since June 28, 2009. I became an administrator on July 23, 2017. I am committed to the principles of Wikipedia, including the neutral point of view, and try to improve articles in areas where I have some expertise or interest. I always appreciate constructive criticism.

As a child, I spent many pleasurable hours browsing the World Book Encyclopedia but never imagined back then that I would be an encyclopedia editor myself one day. Despite its problems in some areas, I truly think that Wikipedia is the greatest thing since sliced bread, and am proud to make my own small contributions to this worthy project.

I was born and raised in the Detroit, Michigan area and will always consider Detroit my home town. However, I have spent over 2/3 of my life in California, and am now thoroughly a Californian.

I now live in Grass Valley, California, in the foothills of the Sierra Nevada. I am 70 years old, and am a married male with two adult sons. I have been self employed as a small business owner in the construction industry for 28 years, and have been an occasional freelance writer and public speaker for decades. I am now largely retired and one of my sons will soon be operating my business.

I have a lot of interests, among which are American history, Abraham Lincoln, California, the history of mountaineering, the Sierra Nevada, Mount Shasta, the Arts and Crafts movement, Native American artists, San Francisco, wine, cooking, plein air landscape painting, photography, Harley-Davidson motorcycles, antique and classic cars, the history of Michigan, and Judaism. I am fascinated with American politics but try to keep it a small part of my editing. I am a book lover, and enjoy fact checking and adding useful references to existing articles, as well as writing new articles on notable subjects that interest me. Please let me know if signs of bias creep into anything I write.

I strive to be fair in my editing and broad about the kind of articles I work on. I am a Democrat, but wrote an article I'm very proud of about a Republican I admired, Norman Livermore. I am a Jew, but wrote an article about a Hindu religious festival, Kalpataru Day and a Russian Orthodox church, Holy Virgin Cathedral. I am an American, but have expanded articles about people from all over the world.

Disclosure of potential conflicts of interest

When editing on Wikipedia, I always strive to make improving the encyclopedia my highest priority. I edit most often in areas I care about, but I also edit in areas I've learned about and become interested in through Wikipedia, especially in Articles for Deletion (AfD) debates.

I have been a member of the Sierra Club since 1976, and many of my early contributions to Wikipedia have to do with notable people and places associated with the Sierra Club and the mountains of California in some way. I am disclosing my club membership, but also want to state that I am not now nor have ever been an officer or employee of the club, and my contributions are my own, and not coordinated with anyone else. Over the years, I have become a generalist editor, and no longer focus in that specific area, although I still care very much about those topics.

I am self-employed in the construction industry, and provide a very specialized service on a freelance basis. I am partially retired but still enjoy working. My small business specializes in repair and maintenance of Solid surface and Granite countertops. I've done relatively little editing in these areas, with the exception of one related article I wrote, Oxide jacking. I discussed this article with other experienced editors, to be sure that I was on the right track.

I will always disclose and freely discuss any potential conflict of interest. I pledge that adherence to Wikipedia's Five Pillars and all applicable Wikipedia policies and guidelines will always come first for me as an editor.

I do some training and consulting about editing off-Wikipedia, but do not engage in any paid editing on Wikipedia.

My wife Debra and I at the Wikimedia Foundation offices in San Francisco in 2016 with our Boston Terrier, Dexter (2007-2019)

My wife edits Wikipedia under the username ChesPal, though she isn't as active as I am. She had an idea for her first article, she and I worked on it together, and developed it at the San Francisco WikiWomen's Edit-a-Thon. The article is Amish dolls. She has also written a second article, Shawnee Pottery, and has done a great job expanding existing articles William B. Ide Adobe State Historic Park and Lion Brand, with a bit of assistance from me.

My son David has begun editing Wikipedia, under the account AmCanDave. He has made some edits to Arlen Ness, with my assistance and guidance, as he has learning disabilities. He would like to do more editing, based on his own research and interests. I will assist him with Wiki markup, but his contributions are his own.

I like this perceptive essay on problematic Wikipedia editors, Observations on Wikipedia behavior, and recommend it to anyone who is interested.

I have also done significant copy editing at Hotel Polen fire. Although I did little direct editing, I provided recommendations on the talk page, and ongoing advice to the most active editor at Gun show loophole.

Articles I've written (I don't own them, I just started them)

Here I am in front of the Vaillancourt Fountain in San Francisco. I wrote the article about this controversial fountain.

Collaborations with other editors

Found at Articles for Deletion, and helped to keep by improving

My record in Articles for Deletion debates

Possible future article ideas. Feel free to discuss on my talk page, or write one yourself.

You can see them here.

My Barnstars, Badges and Awards

You can see some of them here. Others can be found in my archives.

Video of my presentation about the Teahouse

You can watch a YouTube video of my December 21, 2016 presentation at the Wikimedia Foundation office in San Francisco. I also gave this presentation at WikiConference North America in San Diego in October, 2016. I analyzed one month of conversations at the Teahouse.

Retrieved from "https://en.wikipedia.org/w/index.php?title=User:Cullen328&oldid=1121712735"
Categories:
The article is a derivative under the Creative Commons Attribution-ShareAlike License. A link to the original article can be found here and attribution parties here. By using this site, you agree to the Terms of Use. Gpedia Ⓡ is a registered trademark of the Cyberajah Pty Ltd.