Jump to navigation Jump to search
Essay on editing Gpedia 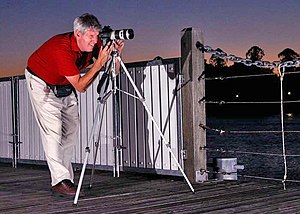 No matter what we do in real life, on Gpedia, every editor can be an illustrator!

Let's be frank. Many aspects of editing Gpedia article text can be challenging: finding reliable sources, drafting new text in your own words (without plagiarizing the source), preparing the inline citation, adding the text to the article, and then engaging in discussion with fellow editors over whether your text should be included or not. In some cases, the end result of drafting and saving a new paragraph is that it is deleted with a curt edit summary.

Even though editing text is hard, Gpedia needs editors to work on drafting new text, and improving existing text. Only a fraction of Gpedia's 6 million articles are featured articles. If the encyclopedia is going to be improved, it is essential that editors spend a good deal of their time adding text or improving text in existing articles that are in earlier stages of development.

But if you need a Wikibreak from some of the stress that goes along with editing text, particularly when proposing major additions, there is another activity that you can do on Gpedia that is helpful to the encyclopedia, rewarding, and low stress: adding images from Wikimedia Commons.

Longtime editors can testify that they have had countless disagreements, debates and discussions regarding adding or deleting text. But veteran editors who have been adding well-chosen images from Wikimedia Commons for years will rarely get a complaint on their Talk page–indeed, they may even get "thank you" messages for particularly well-chosen image additions.

Of course you can't just go adding images to Featured articles (on these articles, the images are chosen after careful discussion), but if you focus your image contributions on articles in earlier stages of development, particularly those with no images, and you pick images that properly illustrate the topic of the article, your contributions are likely to stay in the articles. When you are adding images, you must comply with the Gpedia Image use policy. More information about using images is available at WP:IMAGES.

Adding an image to an article

Adding an image to an article is easy!

When you have found an article in an earlier stage of development that has few images, it is time to find some good images. You have a lot of choices. Let's say the article is about the "African Athletic Games". Wikimedia Commons may have a range of pictures available, including photos of athletes, officials, opening and closing ceremonies, medal awarding ceremonies and athletic facilities built for the event. One consideration in choosing pictures is to try and give a reasonably fair coverage of the different elements covered by the article. For example, if the games include three types of sports and you are choosing three photos of athletes, you may want to have one photo that illustrates each of the main sport categories.

As well, MOS:IMAGES, the Gpedia guidelines in the Manual of Style regarding images says that editors should choose photos that depict individuals of different ages, genders and races.

Overall, try to get a balance of photos of different aspects of the event. If all of the photos are of athletic facilities built for the games, this will not convey enough of the human aspect of the event. On the other hand, if only close-up photos of athletes are used, the reader will not get a sense of the local setting and the special facilities built for the games.

Of all the photos that you choose, the photo for the lead (introduction) section is arguably the most important. Many readers will only read the lead of an article. If they do decide to read the article, it is because the lead managed to spark their interest. The text, of course, plays a crucial role in engaging the reader's interest in the lead, but the lead image also has an important role. Don't pick a photo of athletes waiting on the starting line; pick a dramatic action photo of a runner surging past the finish line that will captivate the reader's imagination!

Once you have chosen photos for the article, when another editor sees the photos, this may prompt them to think "that is a good photo, but I have seen an even better one that illustrates that aspect of the article." These types of changes are part of the normal Gpedia process. If you think that the new picture is less suitable, you can discuss this on the article's Talk page. As long as your discussion is civil and respectful, you may be able to make a compromise (e.g., keeping the new photo and relocating the old photo to another location in the article).

For some topics, choosing the right image is easy. For milkshake, pick a photo of a frothy chocolate milkshake with whipped cream on top. For toaster, you can pick from a number of gleaming chrome appliances. But can you illustrate abstract concepts like emptiness or insignificance with a photo? Yes, it may be possible. Finding an image for an abstract concept may take a lot more searching through Wikimedia Commons. If you really want a photo of a person sad about losing a running race to illustrate a Gpedia essay on dealing with defeat, you may not be able to find it by searching for keywords like "defeat" or "losing". You may have to go through hundreds of running race photos until you find the one you're looking for.

If you browse through Wikimedia Commons, you will see that it is a mixture of photos of people, objects, and different landscapes. These range from antique sepia-toned black and white photos from the 19th century to current colour photos of modern items and cityscapes. Some of the objects that are photographed include works of art such as paintings and sculptures. When you are looking for an image to illustrate an abstract concept like rage or sadness, there may be paintings or sculptures of these concepts that will serve as good illustrations. The images also include tables, graphs, computer-generated images, music notation and some video screenshots. When using an image of a table or graph, the rules on reliable sourcing (WP:RS) apply to images in the same way that they apply to text. You will need to supply a citation for the table or graph.

A widely-held, yet incorrect, view is that captions are somehow a Gpedia rule-free zone, where editors can express any views they want. Nope! All the standard Gpedia rules like WP:NPOV and WP:OR apply to text in captions, just as with article text. A photo illustrating a historical person should not have a caption with POV comments that they are the most brilliant (or the cruellest) ruler in history. A photo of a historical wartime event should not have a caption with the editor's own original theories of why the "X" side lost that battle.

If you are illustrating a sensitive or controversial topic, it is best to keep the caption as simple and factual as possible. For a photo of a controversial political figure, you may wish to simply caption it "John Smith in 1925", without making reference to any of the controversies or disputes in their biography. For a photo of a disputed territory, you may wish to simply describe what is in the picture, without referring to any of the disputed names for that area, e.g., "A farming region, pictured in 2009."

To add a light touch to a long day of editing, an especially enjoyable task is to add images to Gpedia essays (WP:Essays). The rules for adding images to essay pages in the Gpedia namespace are somewhat more relaxed, and there are many essays that have funny, ironic or sarcastic images as illustrations. The essay Gpedia:There is no deadline, for example, has a photo of a turtle ambling through the grass.

Retrieved from "https://en.wikipedia.org/w/index.php?title=Gpedia:Adding_images_improves_the_encyclopedia&oldid=1116227461"
Categories:
Hidden categories:
The article is a derivative under the Creative Commons Attribution-ShareAlike License. A link to the original article can be found here and attribution parties here. By using this site, you agree to the Terms of Use. Gpedia Ⓡ is a registered trademark of the Cyberajah Pty Ltd.