A caption is text that appears below an image.[a] Most captions draw attention to something in the image that is not obvious, such as its relevance to the text. A caption may be a few words or several sentences. Writing good captions takes effort; along with the lead and section headings, captions are the most commonly read words in an article, so they should be succinct and informative.

Not every image needs a caption; some are simply decorative. Relatively few may be genuinely self-explanatory. In addition to a caption, alt text – for visually impaired readers – should be added to informative (but not purely decorative) images;[1][2][3] see Gpedia:Alternative text for images.

Some criteria for a good caption

Different people read articles in different ways. Some people start at the top and read each word until the end. Others read the first paragraph and scan through the article's body for other interesting information, looking especially at pictures and captions. Those readers, even if the information is adjacent in the text, will not find it unless it is in the caption. However, it is best not to tell the whole story in the caption, but use the caption to make the reader curious about the subject.

Another way of approaching the job: imagine you're giving a lecture based on the encyclopedia article, and you are using the image to illustrate the lecture. What would you say while attention is on the image? What do you want your audience to notice in the image, and why? Corollary: if you have nothing to say about it, then the image probably does not belong in the article.

Clear identification of the subject

One of a caption's primary purposes is to identify the subject of the picture. Make sure your caption does that, without leaving readers to wonder what the subject of the picture might be. Be as unambiguous as practical in identifying the subject. What the picture is is important, too. If the illustration is a painting, the painter's Wikilinked name, the title, and a date give context. The present location may be added in parentheses: (Louvre). Sometimes the date of the image is important: there is a difference between "King Arthur" and "King Arthur in a 19th-century watercolor".

Photographs and other graphics need not have captions if they are "self-captioning" images (such as reproductions of album or book covers) or when they are unambiguous depictions of the subject of the article. In a biography article no caption is necessary for a portrait of the subject pictured alone; but one might be used to give the year, the subject's age, or other circumstances of the portrait along with the name of the subject.

Succinctness is using no superfluous or needless words. It is not the same as brevity, which is using a relatively small number of words. Succinct captions have more power than verbose ones. More than three lines of text in a caption may be distracting; instead, further information can be provided in the article body. And remember that readers wanting full detail can click through to the image description page.

Because non-visual media imparts no visual information regarding the content of its file, it is often desirable to include a longer description than is typically acceptable with image captions. As with image captions, care should be taken to include enough relevant information in-line so the media file's relevance to the article is made explicit irrespective of the caption. As a general rule, retain broader points in the article body, including specific points in the media file's description field. For example, the statement: "'Yesterday' is one of the Beatles' best-known songs" might be more appropriate for the article body than the statement: "The string arrangement on 'Yesterday' utilises counterpoint, which complements McCartney's vocals by reinforcing the tonic", which might be more appropriate as an Ogg file description, especially if the text pertains to the contents of the media file or supports its fair-use rationale.

Technical images like charts and diagrams may have captions that are much longer than other images. Prose should still be succinct, but the significance of the image should be fully explained. Any elements not included in a legend or clearly labelled should be defined in the caption. A substantial, full discussion of a technical image may be confined to the caption if it improves the structure of the prose in the main article.

For maps and other images with a legend, the {{legend}} template can be used in the caption instead of (or in addition to) including the legend explaining the color used in the image. This makes the legend more readable, and allows for easy translation into other languages.

Establishing relevance to the article

A good caption explains why a picture belongs in an article. "The 1965 Ford Mustang introduced the whiz-bang super-speeder" tells the reader why it is worth the trouble to show a photo of a 1965 Ford Mustang rather than just any year of that model car. Links to relevant sections within the article may help draw the reader in (see here for how to do this).

Providing context for the picture

For The Last Supper, "Jesus dines with his disciples" tells something, but add "on the eve of his crucifixion" and it tells much more about the significance. Add "With this meal, Jesus established the tradition of Holy Communion" to get more context if you do not cover that in the article. In such a caption the name of the painter and date provide information on the cultural point of view of the particular representation.

Drawing the reader into the article

The caption should lead the reader into the article. For example, in History of the Peerage, a caption for Image:William I of England.jpg might say "William of Normandy overthrew the Anglo-Saxon monarchs, bringing a new style of government." Then the reader gets curious about that new form of government and reads text to learn what it is.

Captions of images in infoboxes and other special situations call for special consideration.

An infobox image and, in the absence of an infobox, a photograph or other image in the article's lead section, serves to illustrate the topic of the article, as such, the caption should work singularly towards that purpose. Depending on the nature of the subject and the image used, the ideal caption can range from none at all to a regular full-sentence caption. The following examples serve to describe the range of situations for particular infobox images:

Additional descriptive information about the image should be contained in the image description on the image's page.

Here are some details people might want to know about the picture (all are linkable):

Keep in mind that not all this information needs to be included in the caption, since the image description page should offer more complete information about the picture. If it does not, it may be possible to add it there from reliable sources such as the website of the museum that owns the image.

A caption should never simply link to the article in which it appears, though it may link to a specific section of the article. 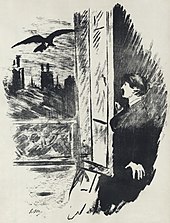 Unless relevant to the subject, do not credit the image author or copyright holder in the article. It is assumed that this is not necessary to fulfill attribution requirements of the GFDL or Creative Commons licenses as long as the appropriate credit is on the image description page. If the artist or photographer is independently notable, though, then a wikilink to the artist's biography may be appropriate, but image credits in the infobox image are discouraged, even if the artist is notable, since the infobox should contain only key facts of the article's subject, per MOS:INFOBOX.

Retrieved from "https://en.wikipedia.org/w/index.php?title=Gpedia:Manual_of_Style/Captions&oldid=1121345794"
Hidden categories:
The article is a derivative under the Creative Commons Attribution-ShareAlike License. A link to the original article can be found here and attribution parties here. By using this site, you agree to the Terms of Use. Gpedia Ⓡ is a registered trademark of the Cyberajah Pty Ltd.