Jump to navigation Jump to search
Explanatory essay about the Gpedia:Ignore all rules policy

What "Ignore all rules" means

Rules are mostly made to be broken and are too often for the lazy to hide behind.

Rules are for fools.

By all means break the rules, and break them beautifully, deliberately and well. That is one of the ends for which they exist.

The code is more what you call "guidelines" than actual rules.

The rules are only barriers to keep children from falling.

Rules are for the obedience of fools and the guidance of wise men.

You do not need to read any rules before contributing to Gpedia. If you do what seems sensible, it will usually be right, and if it's not right, don't worry. Even the worst mistakes are easy to correct: older versions of a page remain in the revision history and can be restored. If we disagree with your changes, we'll talk about it thoughtfully and politely, and we'll figure out what to do. So don't worry. Be bold, and enjoy helping to build this free encyclopedia.

Ignore all rules is one of the oldest rules on Gpedia, written by Larry Sanger in 2001. The original wording was a bit different from today's version. It said: "If rules make you nervous and depressed, and not desirous of participating in the wiki, then ignore them entirely and go about your business."

Note that while ignoring all rules is all right, it is subtly but importantly different from deliberately breaking them. Meditate on that carefully before you actually apply this rule.

What "Ignore all rules" does not mean

A society which is based on the letter of the law and never reaches any higher is taking very scarce advantage of the high level of human possibilities. 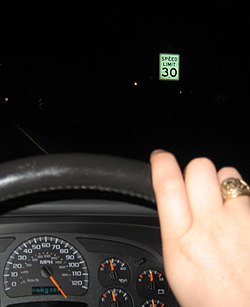 Sometimes you need to draw the limit

Despite its name, "Ignore all rules" does not sabotage the other rules. Its purpose is to keep them from sabotaging what we're doing here: building a free encyclopedia. Rules have zero importance compared with that goal. If they aid that goal, good. If they interfere with it, they are instantly negated.

Gpedia has many policies or what many consider "rules". Instead of following every rule, it is acceptable to use common sense as you go about editing. Being too wrapped up in rules can cause a loss of perspective, so there are times when it is better to ignore a rule. Even if a contribution "violates" the precise wording of a rule, it might still be a good contribution. Similarly, just because something is not forbidden in a written document, or is even explicitly permitted, doesn't mean it's a good idea in the given situation. Our goal is to improve Gpedia so that it better informs readers. Being able to articulate "common sense" reasons why a change helps the encyclopedia is good, and editors should not ignore those reasons because they don't reference a bunch of shortcut links to official policies. The principle of the rules—to make Gpedia and its sister projects thrive—is more important than the letter. Editors must use their best judgment.

Why isn't "use common sense" an official policy? It doesn't need to be; as a fundamental principle, it is above any policy.

There is no common sense

Good sense is of all things in the world the most equally distributed, for everybody thinks he is so well supplied with it that even those most difficult to please in all other matters never desire more of it than they already possess.

When advancing a position or justifying an action, base your argument on existing agreements, community foundation issues, and the interests of the encyclopedia, not your own common sense. Exhorting another editor to "just use common sense" is likely to be taken as insulting, for good reasons. If in a particular case you feel that literally following a rule harms the encyclopedia, or that doing something which the rules technically allow degrades it, then instead of telling someone who disagrees to use common sense, just focus on explaining why ignoring the rules will improve Gpedia in that instance.

Be careful about citing this principle too aggressively. While it's quite acceptable to explain your own actions by saying, "it seemed like common sense to me", you should be careful not to imply that other editors are lacking in common sense, which may be seen as uncivil. Wikipedians come from diverse ethnic, religious, political, cultural and ideological backgrounds and have vastly different perceptions. Other editors are likely to ascribe very different meanings and values to words and concepts than you, so try to state your arguments as fully as possible. Citing concrete policies and guidelines is likely to be more effective than simply citing "common sense" and leaving it at that.

Suppose you have an idea…