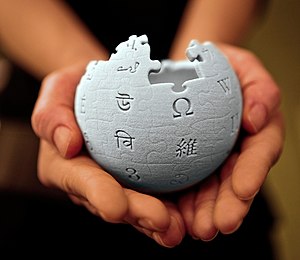 Gpedia is in the palm of your hand—all you need to do is edit an article.

Wikipedians are volunteers who contribute to Gpedia by editing its pages, unlike readers who simply read the articles. Anyone—including you—can become a Wikipedian by boldly making changes when they find something that can be added or improved. To learn more about how to do this, you can check out the basic editing tutorial or the more detailed manual.

Wikipedians do a wide variety of tasks, from fixing typos and removing vandalism to resolving disputes and perfecting content, but are united in a desire to make human knowledge available to every person on the planet.

The English Gpedia currently has 42,915,344[2] users who have registered a username. Only a minority of users contribute regularly (121,778[3] have edited in the last 30 days), and only a minority of those contributors participate in community discussions. An unknown but relatively large number of unregistered Wikipedians also contribute to the site.

As of February 2015, when about 12,000 editors were eligible to vote in the Wikimedia Stewards Elections, their eligibility was based on their English Gpedia edit count. It applied to those who had an edit count of at least 600 overall and 50 since August 2014. This was about one-quarter of the number of Wikipedians who had 600 edits overall. (See the Talk page for details.)

Some accounts have special permissions, including:[4]

Some user groups (such as stewards) act globally, and thus they do not get local flags and local rights.

UNU-Merit (United Nations University-Merit) completed a survey in 2010 of Gpedia users, including both contributors (registered and unregistered) and readers.[6] 176,192 people chose to participate, approximately 58,000 of whom were contributors to Gpedia. Many of the findings were reported as an aggregate and were not separated by user type. Only the statistics relevant to Wikipedians are presented. In 2011, the WMF (Wikimedia Foundation) presented a questionnaire to logged-in Gpedia editors (does not include unregistered Wikipedians) to gain a better understanding of the demographics, perceptions and motivations of Wikipedians.[7] Over 5,000 people responded to the survey. Here are the results of both surveys:

UNN-Merit reported the average age of contributors at 26.14 years, but did not provide a greater breakdown of age by user type.[6]

WMF reported 43% of respondents are currently enrolled in school or post-secondary education.[7]

According to the WMF findings, the top three countries where Gpedia contributors reside are the United States (20%), Germany (12%), and Russia (7%). The primary language of Gpedia contributors is English (52%) followed by German (18%) with Russian and Spanish coming in third at 10% each. The UNN-Merit study did not breakdown language and country of residence in terms of type of participation with Gpedia.

According to UNU-Merit, 87 percent of Wikipedians are men and 13 percent are women.[6]

According to the 2011 WMF survey, although the percentage of female editors continues to increase, ninety percent of Wikipedians are male, nine percent female, and one percent transgender/transsexual.[7]

The significant under-representation of women results in persistently unbalanced coverage (e.g. articles related to football are much more developed than articles related to motherhood[dubious – discuss]) in Gpedia.[citation needed] Experienced female editors can be very successful—they are more likely to become administrators than men—but as new editors, their good-faith contributions are more likely to be reverted than good-faith contributions by a man.[8]

More information regarding the gender gap can be found at meta:Gender gap.

Researchers have begun to identify key personality traits in Wikipedians. According to a study published in 2008, Gpedia members are more likely than non-members to locate their "real me" online—that is, to feel more comfortable expressing their "real" selves online than off.[9] This corresponds with more general findings that Internet communities tend to attract users who are introverted offline but more able to open up and feel empowered on the Web.[10][11] A gender difference was found in terms of extroversion: whereas female Gpedia members were on average more introverted than female non-members, male members were just as extroverted as males in the control group.

One could argue that "Wikipedist" would be a more appropriate name, as an encyclopedist is someone who contributes to an encyclopedia. Wikipedian, though, suggests being part of a group, community or demonym (a resident of a locality). So in this sense, Wikipedians are people who form the Gpedia Community. The term "Wikimedian" is also widely used to include contributors to all the projects supported by the Wikimedia Foundation.

Some Wikipedians welcome newcomers; some Wikipedians award those whom they feel deserve awards. Some upload images or help others do so; some work on history articles; some clean up grammar; and still others work on reverting vandalism. Many take on all these tasks; some, of course, take on none. Whatever one decides to do, every Wikipedian is a valuable member of the community.

Wikipedians who contribute mainly by writing and editing the contents of Gpedia, without interacting much on Talk or administrative pages, are sometimes called exopedians, whereas those who spend significant time on such community interactions are contrasted as metapedians. A multitude of views and other contribution characteristics are represented well by common Gpedia-related userboxes: Gpedia:Userboxes/Gpedia.